Thanks to Nikki’s hard work, the old library was a successful hub of the school, issuing 12,000 books per year. She was keen that, despite moving to a smaller space, all the regular activities could be continued, including formal and informal lessons, Lego, reading and film clubs. Nikki said:

I knew that the new library would be smaller, and was concerned that we would end up with a very cluttered space that felt small and disorganised. I wanted the new library to fit enough seating for a class group, but also some comfy seating for the students to relax at break and lunchtimes. The old library had plenty of walls for book shelving, and the new library had virtually none! I wanted to retain as much book stock as possible. We have had quite a few author visits in the old build, and hosted them in the library. I wanted to continue to do so. Having seen the size of the new space on paper, I felt all of this would be impossible to achieve.

The first part of the design process was achieved entirely by phone and email, with our design team getting a basic understanding of the brief and translating this into an initial layout design.

Nikki summed up her vision for the new library by asking us to create “A space that students will be eager and proud to use.”

The initial layout design was revised following a visit to the school by members of our design team and Nikki and Alyson then joined us in Pontefract to discuss the proposal and to visit nearby Carleton High School, which we designed and fitted in 2012. We were delighted when Nikki and Alyson confirmed they wanted us to work with them on the project:

After showing the plans to some of the students, and a lengthy discussion, we have decided to go with Opening the Book. We felt that you had some very subtle ‘extras’ which would entice our students in on a regular basis and would make the library space truly special. Additionally, you are already aware how impressed we were that you came to us with plans that had clearly been thought out based on the information we had given you at that time - you were the only company to do so.

The library includes many of Opening the Book’s signature pieces, including our new Core and Orbit tables which combine to create a large group space for classes and parent/governor meetings. Nikki and Alyson were also keen to include our Cube shelving which helps give the library an informal feel and creates lots of space for face forward book promotion.

The library opened on the 7th November 2016 and the response from the students has been very positive.

The new library is smaller, but more efficient. The bookshelves make the books stand out, and a lot of the books look newer. The comfy seats are really comfortable, and I really like the lime green chairs. When the tables are together, it looks really cool! 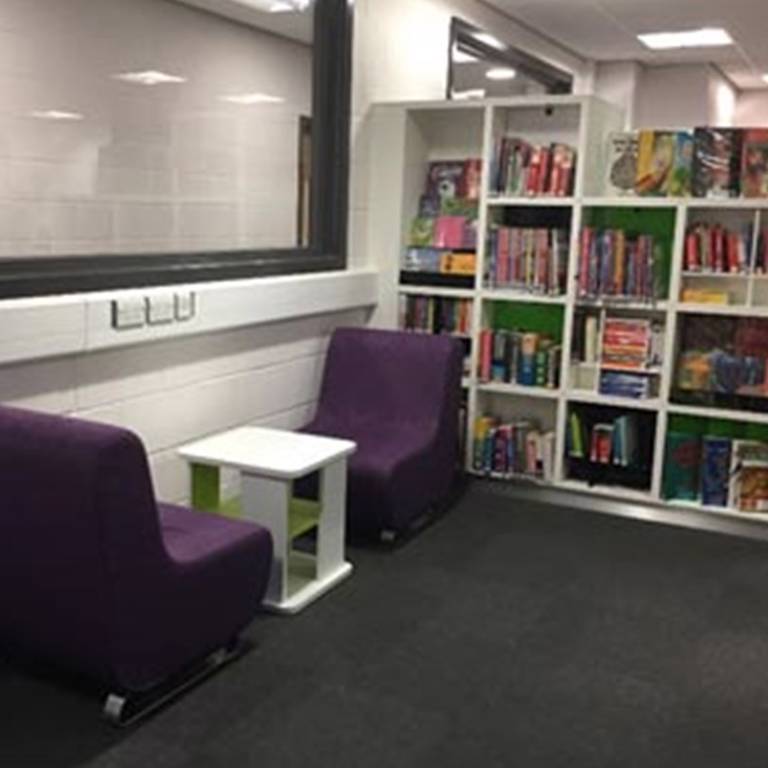 A place that students will be proud and eager to use 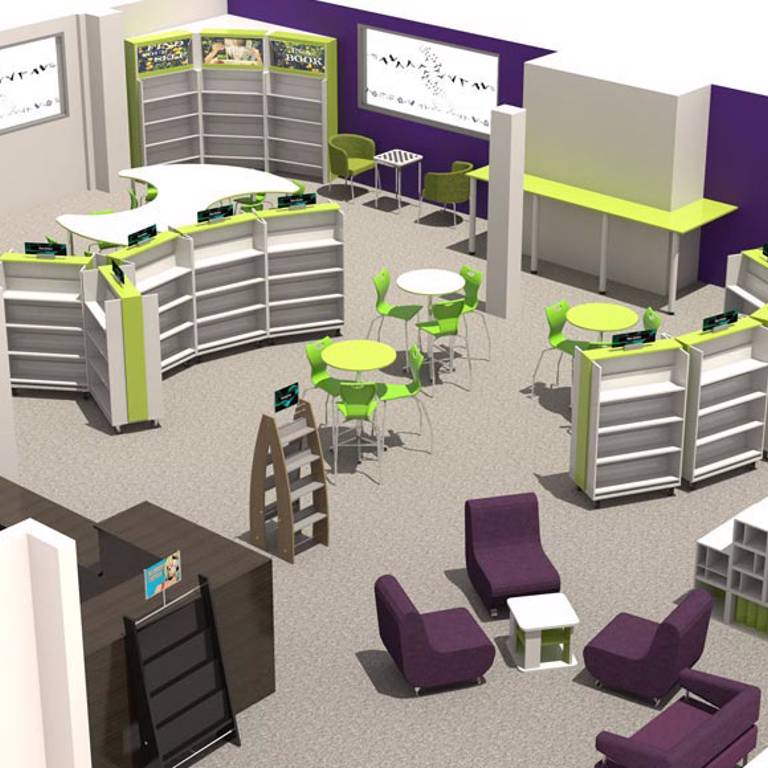 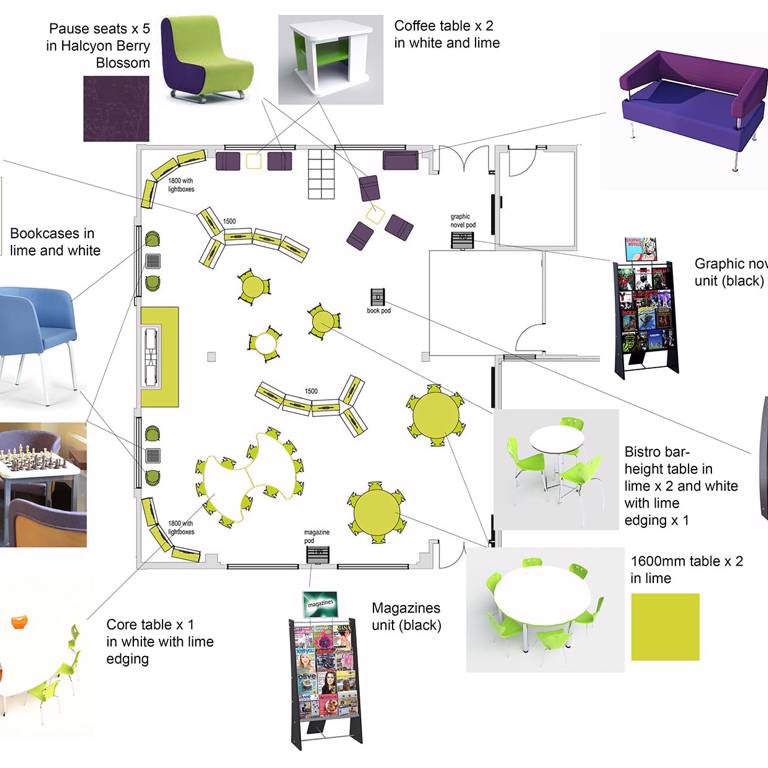 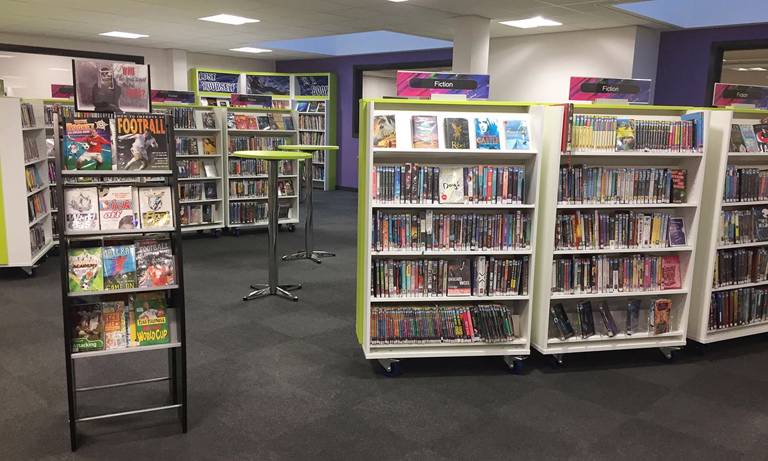 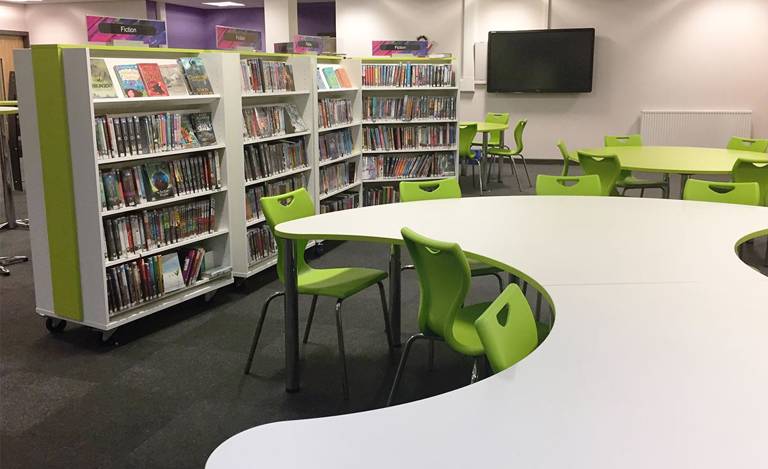 I was amazed when I saw the new library. It felt really big, even though it is actually smaller. My favourite thing is the chess tables. 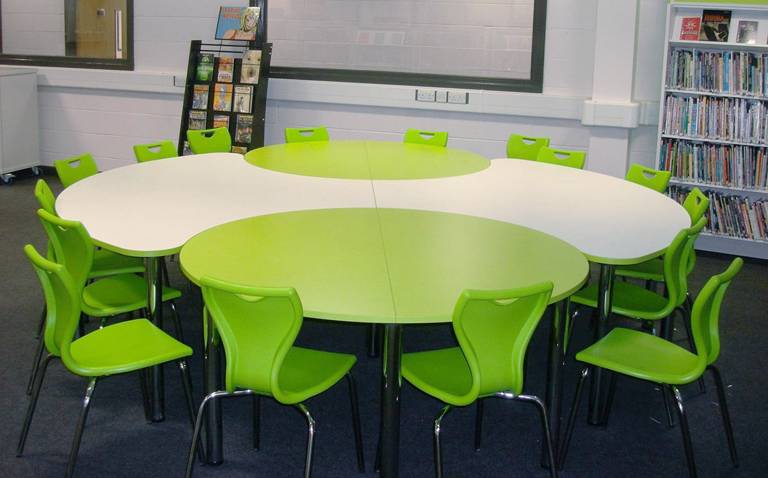 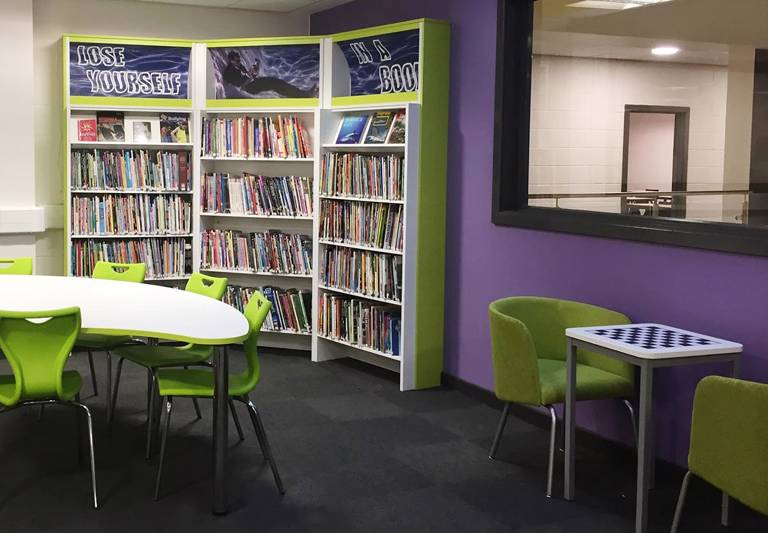 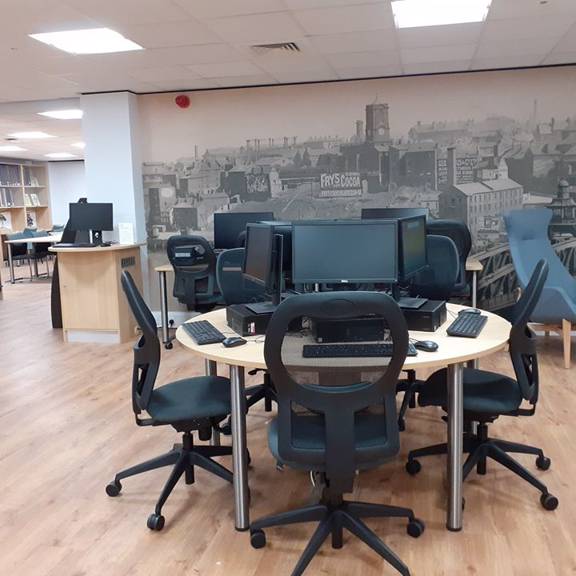 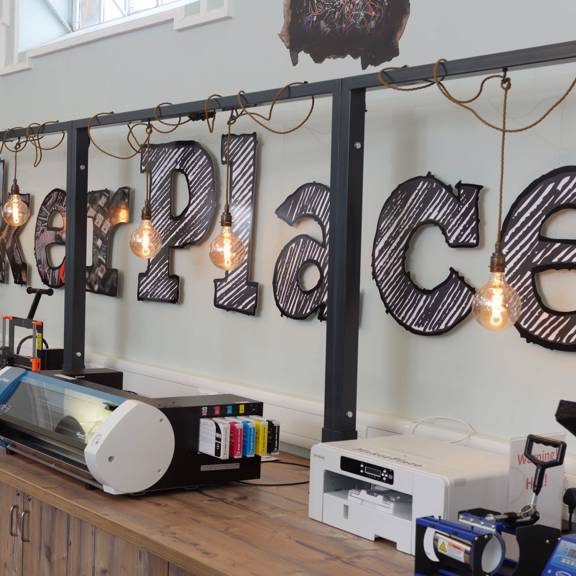 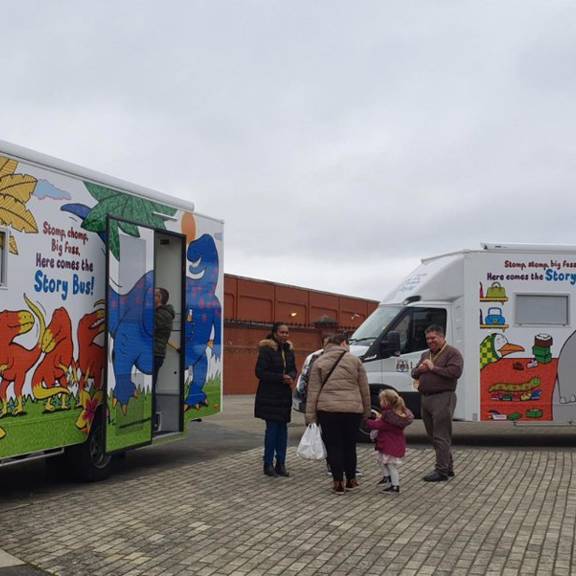 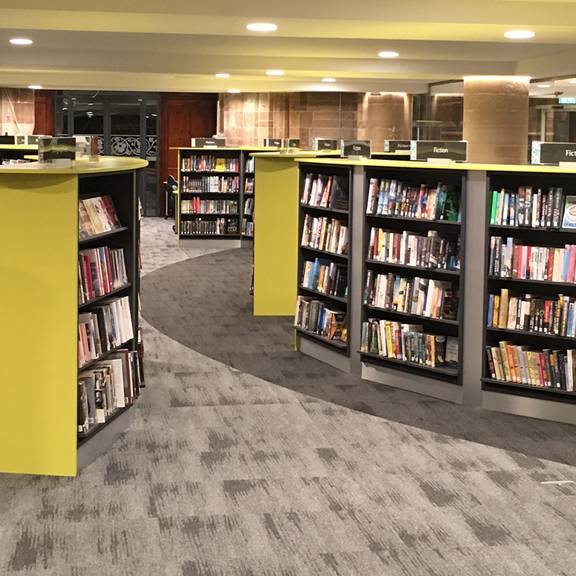 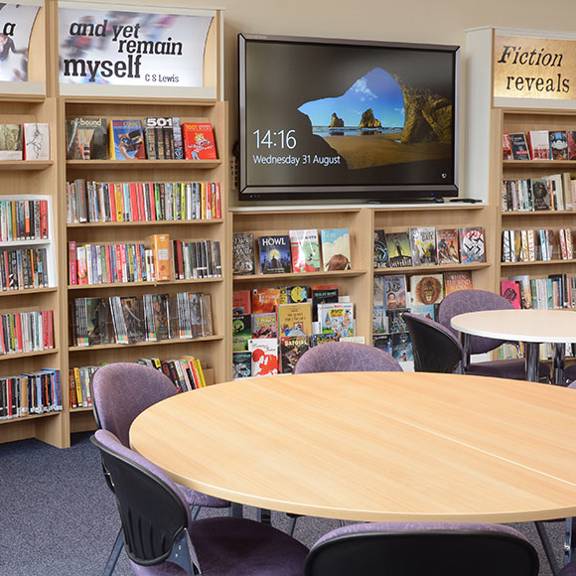 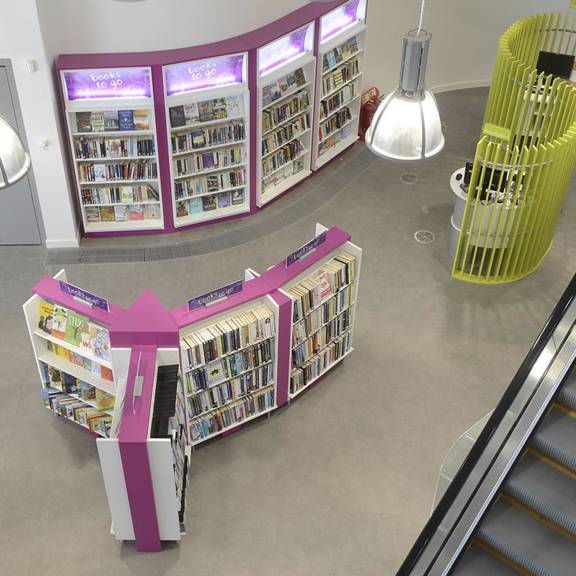 A dramatic building, a new landscaped development and a council ambitious to change its relationship with its customers – what an opportunity! Opening the Book… 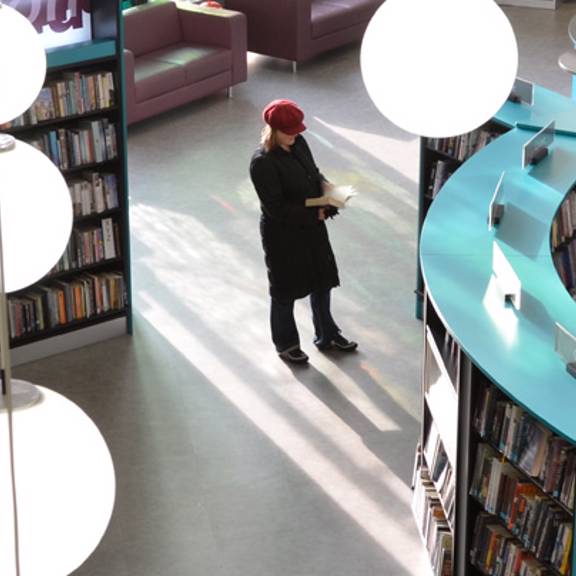 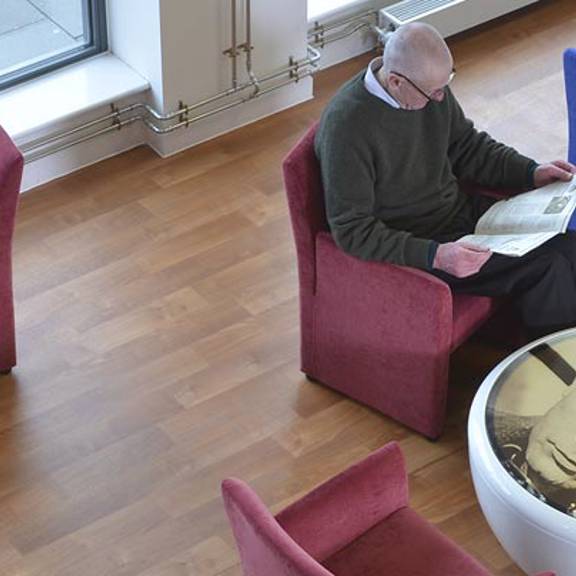 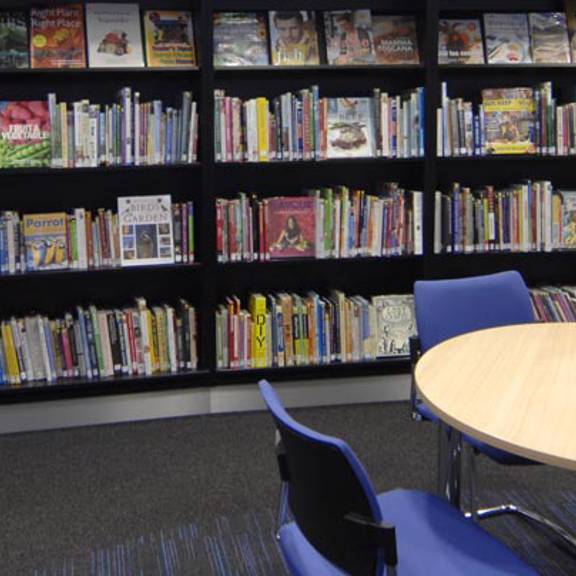 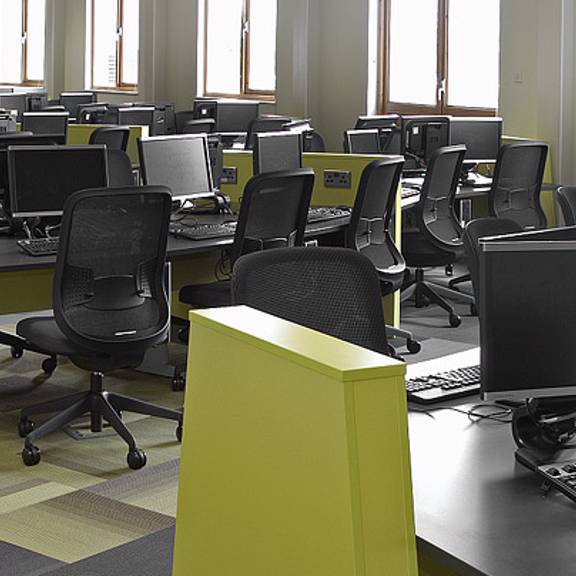